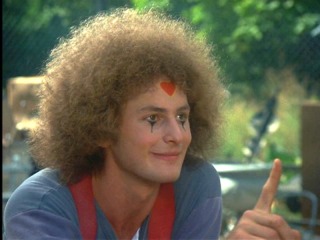 In this Lectionary cycle, we just can’t get enough of John the Baptizer. He’s everywhere. He takes up two weeks in Advent — and then, just after the wisepeople arrive. There is again on this Epiphany Sunday.

When we cracked our Bibles yesterday in Leisurely Lectionary, we read this familiar passage again in Mark 1:4-11. I know this group of faithful people well enough to know what’s coming next. They want to talk about how charismatic or strange or wise or powerful this John the Baptizer person must have been that all of these people came out into the wilderness to see what he was up to. They do the same thing with Jesus. When Jesus appears, they want to talk about how amazing he must have been. He must have been so awesome that people 50 or 60 or 70 years later sat down and wrote his story down.

This is where I sound obnoxious because I used to think that too. Before I went to seminary (and even when I was in seminary), this was my gut assumption too. This magnetism of Jesus our Christ held all of the mystery of these sacred stories. Now, I’m just not there anymore. I mean, I am. But I’m not. I’m more interested in the people. I want to know why they came all that way. I want to know why they paid any attention to this man in camel’s hair or that man with the clown make up. (Godspell is obviously historically accurate.) I want to better understand what makes people tick.

Maybe it’s because I gave up on the possibility that I might ever become like Christ. Maybe it’s because I needed something more ordinary. Maybe it’s because I’ve been pastoring churches for the better part of eight years and am still awed by what brings people together into this strange worshiping community. Whatever it is, I want to know more about those people rather than the one they followed. It seems that in knowing more about them — the ways that they are broken, the hopes they shared, the justice they wanted, the loss they felt — I might know more about myself. I might understand why I do the things that I do, why I believe the things that I believe and why I love those that I love. It’s clearer to me every time I read about this weird guy in the waters of the Jordan River. I’m just not that interested in him. I’m more interested in what happened to the people around him. I’m more interested in how this mis-mash hodge-podge group of people became a community that hoped and loved and dreamed together.

Sure. There’s a question of leadership there. In the book I just finished reading, Reimagining Life Together in America: A New Gospel of Community, the authors point to the fact that top-down leadership doesn’t work. The priest can’t be in charge of everything. The minister can’t have all of the power. It can’t be just one magnetic personality. The decision-making must be shared. The people have to embrace a vision together. That’s what I imagine happened with this group of people. John and Jesus might have brought them together. They may have acted like good hosts, but then both John and Jesus encouraged the people to figure it out. Who do you want to be? What do you want to do?  They asked the questions and waited for the people to answer. I suppose what I really want is to fully experience that kind of community. It sounds divine.