Sunday is Children’s Celebration Sunday at the church I serve where the children lead us in worship of their own creation. This year, they broke from the Revised Common Lectionary. (We use Seasons of the Spirit so they are used to following the RCL but this Sunday’s readings on the Trinity are impossible for even the most accomplished preacher.) Instead, our children have chosen to meditate on Matthew 19:13-15. It’s the passage whose translation in the King James Version I find most offensive but is probably most appropriate. Suffer little children, says the KJV. It leaves a bad taste in my mouth. I’d prefer the welcoming spirit of Jesus found in other translations. In those versions, Jesus offers more of an invitation. He instructs the disciples to let the little children come (NIV) or allow them (CEB). It just sounds better. But, there’s something else going on in this text.

As my favorite biblical commentary points out: “childhood in antiquity was a time of terror.” There are good reasons for this severe remark which this commentary lists in statistics that would make modern knees buckle.
Children were really suffering in Jesus’ time. Jesus doesn’t offer these words in the King James Version as a further condemnation. Instead, these words recognize a reality for children in antiquity. They are suffering and they need that good news that the Gospel of Matthew promises in the very beginning of the text more than anyone. Children shared a social strata with slaves. They were not loved and adored. They were not prized in the way that we adore children. They didn’t understand development psychology like we do today. They thought children were little adults and should behave like little adults. This isn’t what we think anymore. We believe that children should be protected and adored. We love their sweet innocence and want Jesus to embrace that. It’s what we hear when we hear Jesus call the children. 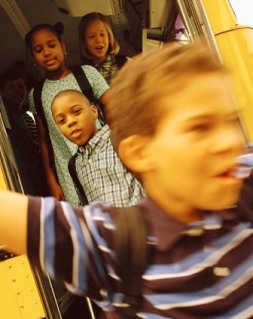 What strikes me in reading these three verses is the insertion that Jesus calls some children. Not all children. Just some children. It’s not that all children shouldn’t be loved and adored. We wouldn’t go that far in our reading of this text. Or at least I wouldn’t. But, Jesus isn’t talking about all children. He seems to be pointing out the particular suffering of some children. It’s those suffering children that are invited to come. It’s those children to whom the kingdom of God belongs. In Jesus’ day, surely this would have included every child facing the risk of death by malnutrition, disease or violence.
Shockingly, there are still children facing that reality today. Children in our own country that rely on school meal programs for nutrition. Children whose whole families will starve if a backpack full of groceries isn’t supplied by some loving church family. Children like my sister who died at 4 months of a disease that we still don’t fully understand. Children who are subjected to gang violence before they can even make it to high school. Children who are not seen as even being close to the kingdom of God by someone that can’t figure out how to love a lesbian or gay child. Children who have been neglected in foster care. Children that have never been told by someone else — by anyone else — that they don’t need to be alone in their suffering. In fact, the kingdom of God belongs to them.